Go to content
AZERBAIJAN - LAND OF FIRE
Home / back 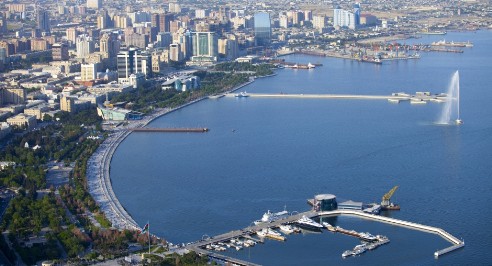 The rich historical, cultural and natural heritage of the country attracts visitors from all over the world. Untouched nature, mineral springs, the world's only oil field treatment - naphthalene, a unique ancient architecture, unique culture, cuisine, and more contribute to the formation in Azerbaijan of all types of tourism: business, sport, medical, cognitive, hunting, exotic, beach and even gastronomic.
Azerbaijan is a territory of 9-out of 11 of the world's climatic zones. Climate of our country enables to organize summer and winter holidays. Very common are ecological tours to Azerbaijan, which include visits to nature reservations, trekking and climbing routes. Midday sandy beaches offer opportunities for diving, and swimming season starts in Azerbaijan in May.
Tourism sector in Azerbaijan is developing day by day, becoming one of the most important sectors of the economy.
The flow of tourists is increasing every year (according to official information in 2011 Azerbaijan was visited a record number of foreign nationals - more than 2.2 million), so in the capital and other tourist areas there is a growing number of hotels with the highest level of service. Today their number is more than 500. Among the most popular hotels in the capital are the chain of brand hotels such as Four Seasons Hotel Baku, Hyatt Regency, JW Marriott Absheron Baku Hotel, Jumeirah Bilgah Beach Hotel, Grand Hotel Europe, Hilton Baku, Kempinski Hotel Badamdar etc. 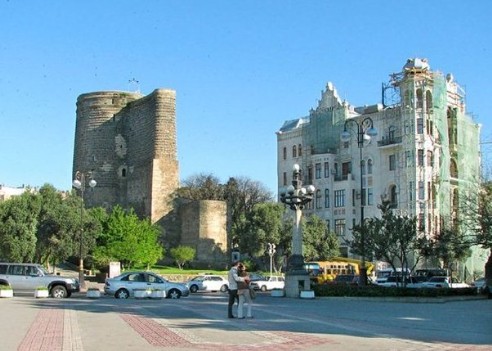 Hotels, recreation, entertainment and sports centres operate also in the regions of Azerbaijan - a chain of hotels and amusement park Qafqaz Gabaland in Gabala, the epic winter and summer tourist complex “Shahdag” in Gusar region, more than 15 Olympic sports complex having necessary infrastructure for receiving tourists all over the country, etc.
All this indicates that tourism in Azerbaijan is one of the priorities of the state policy and holds great promise for economic development.